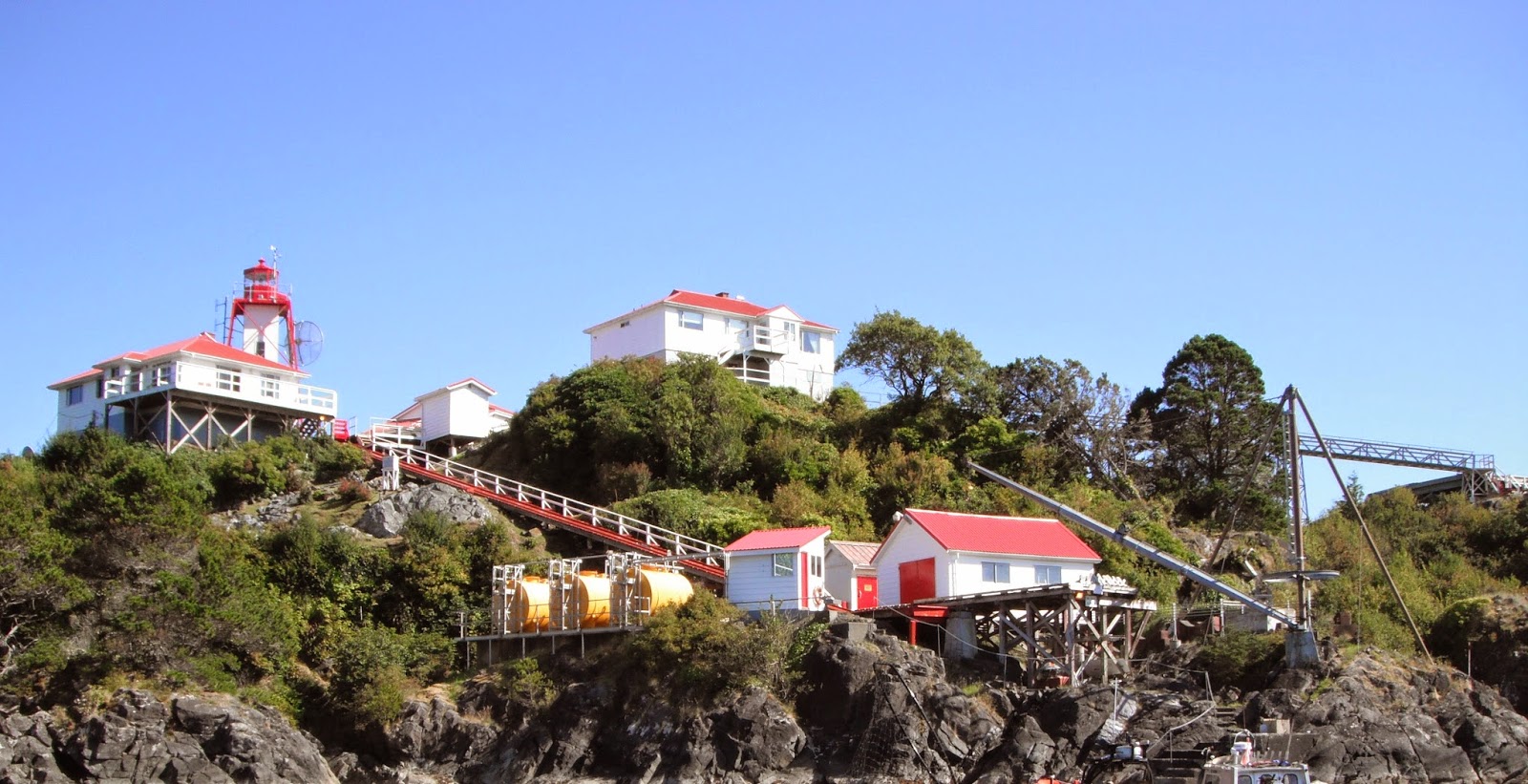 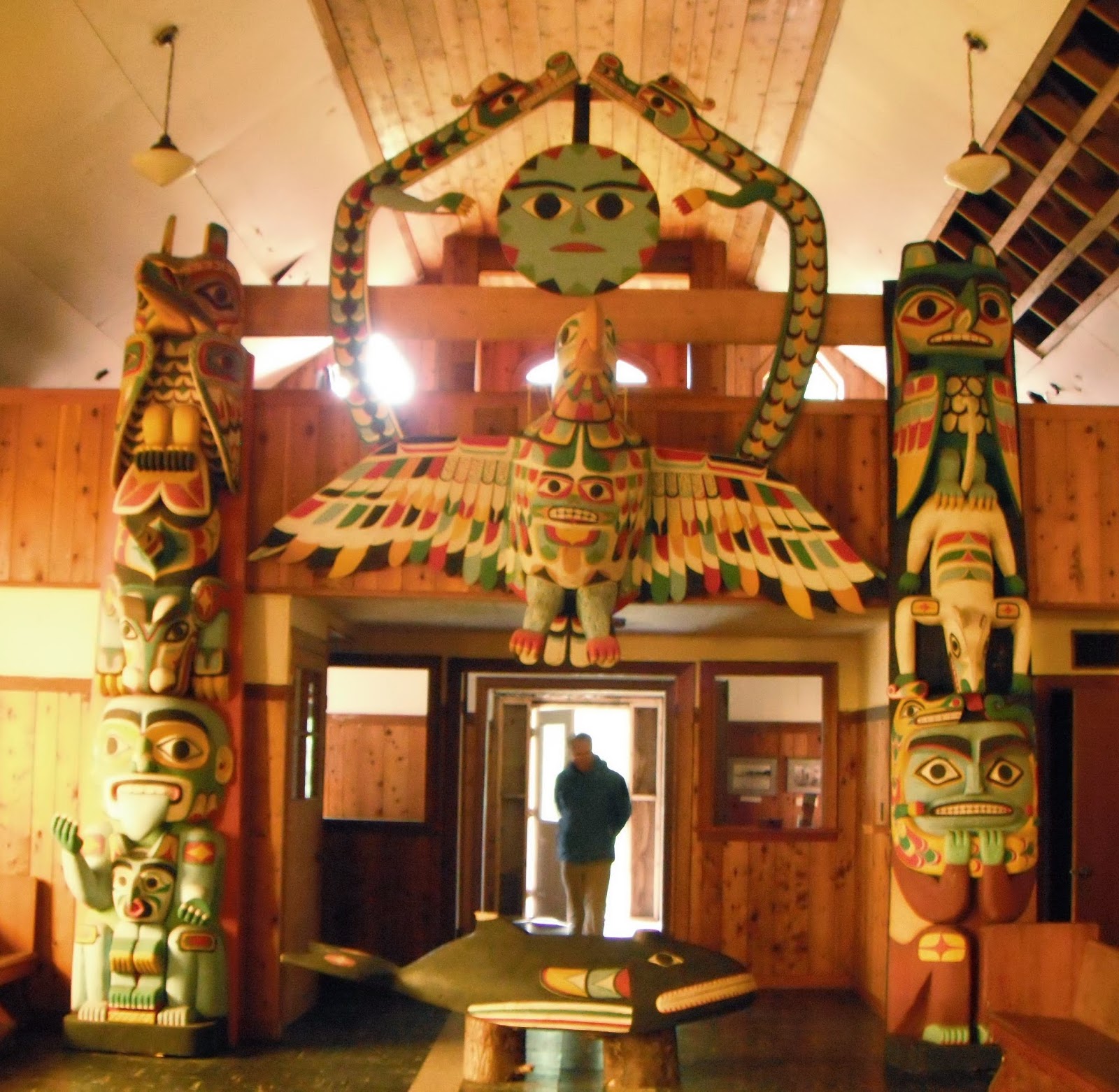 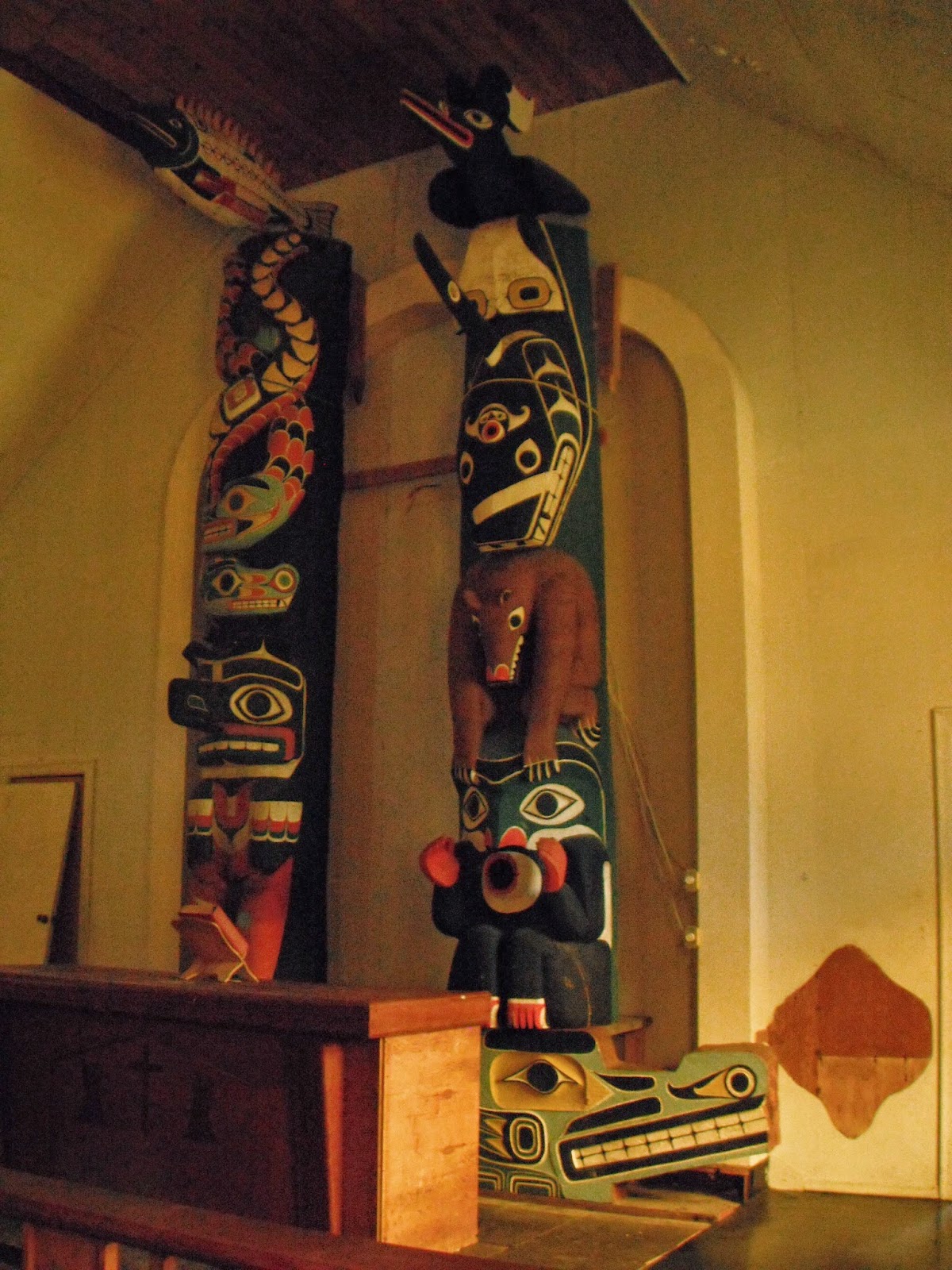 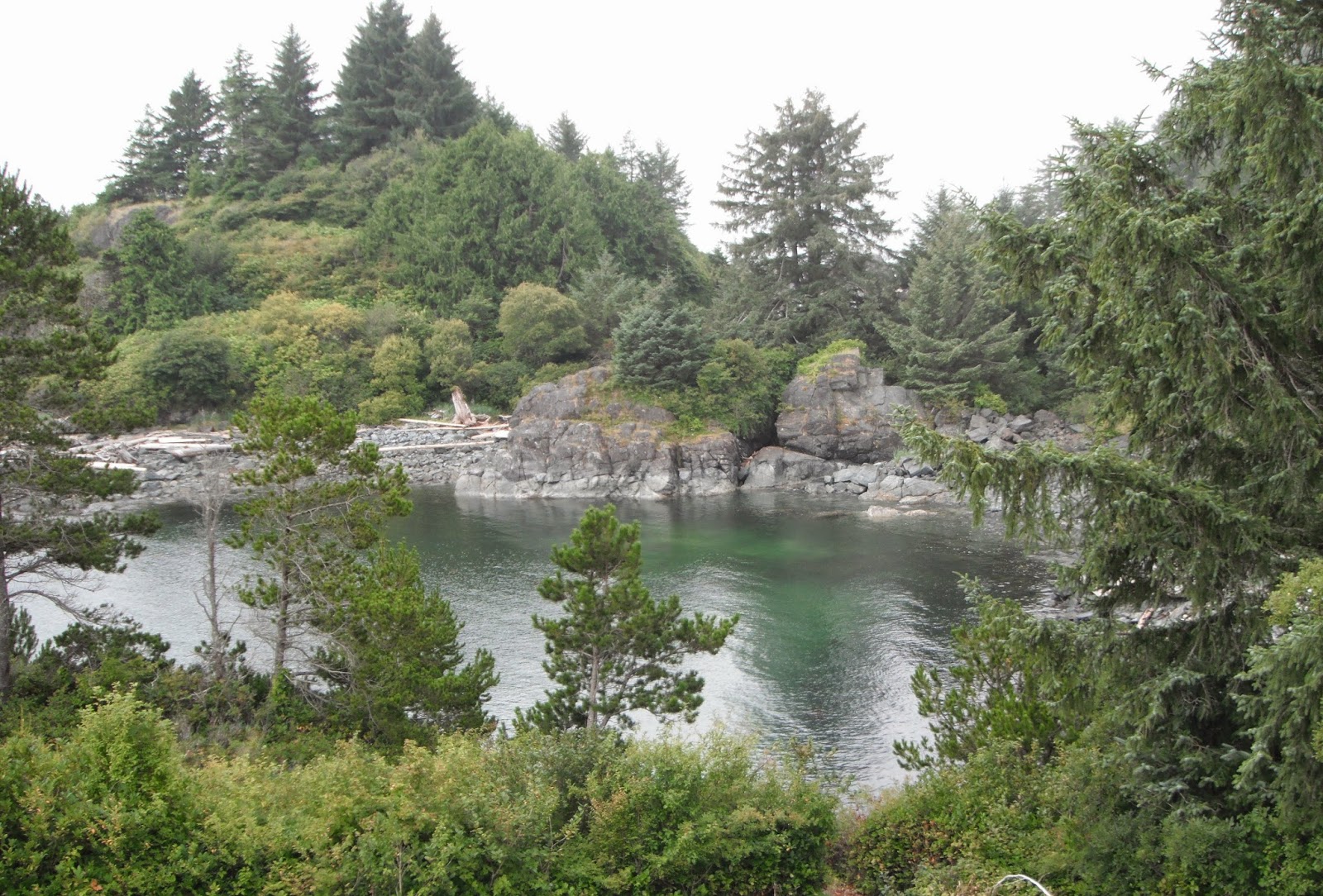 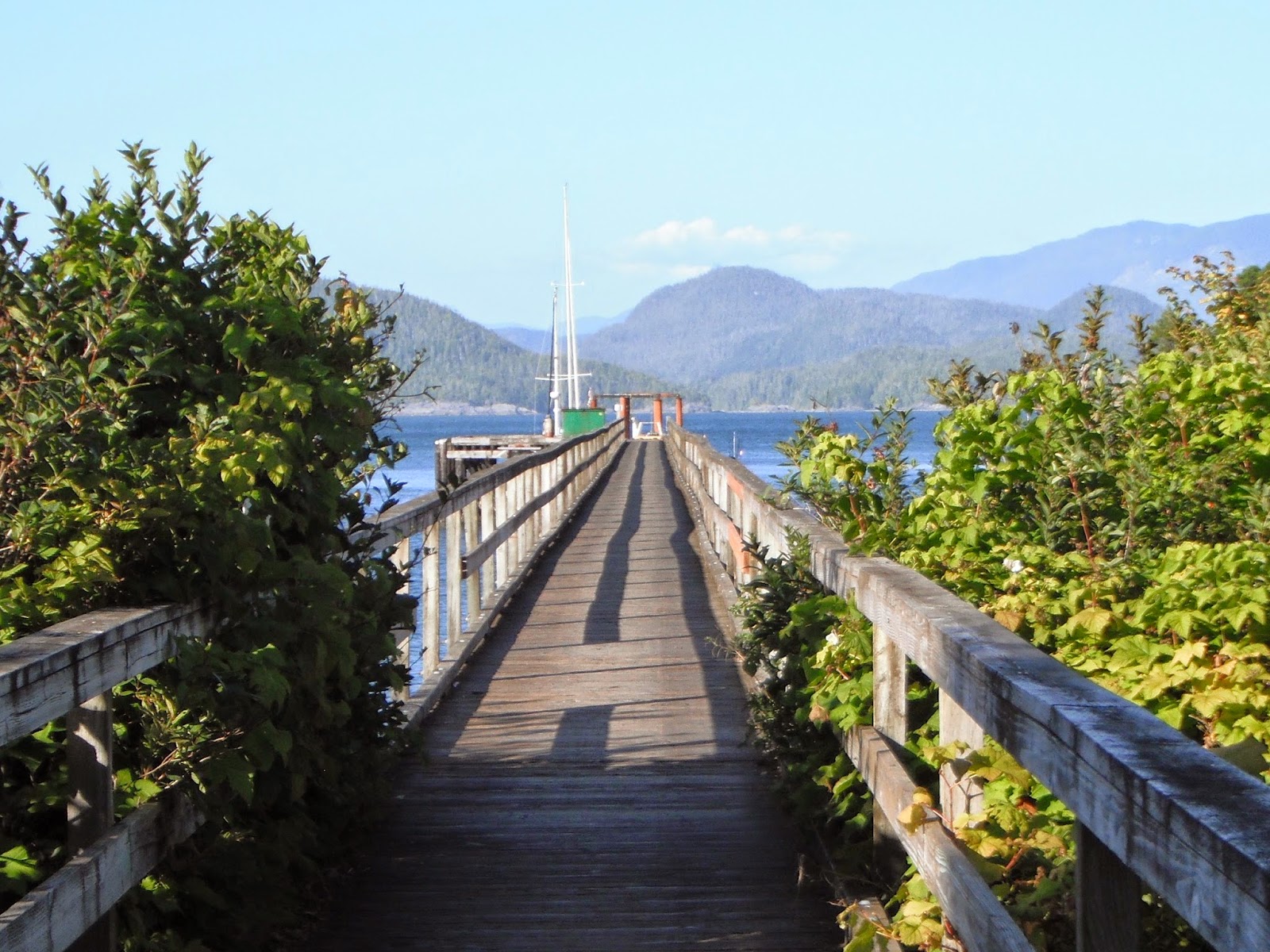 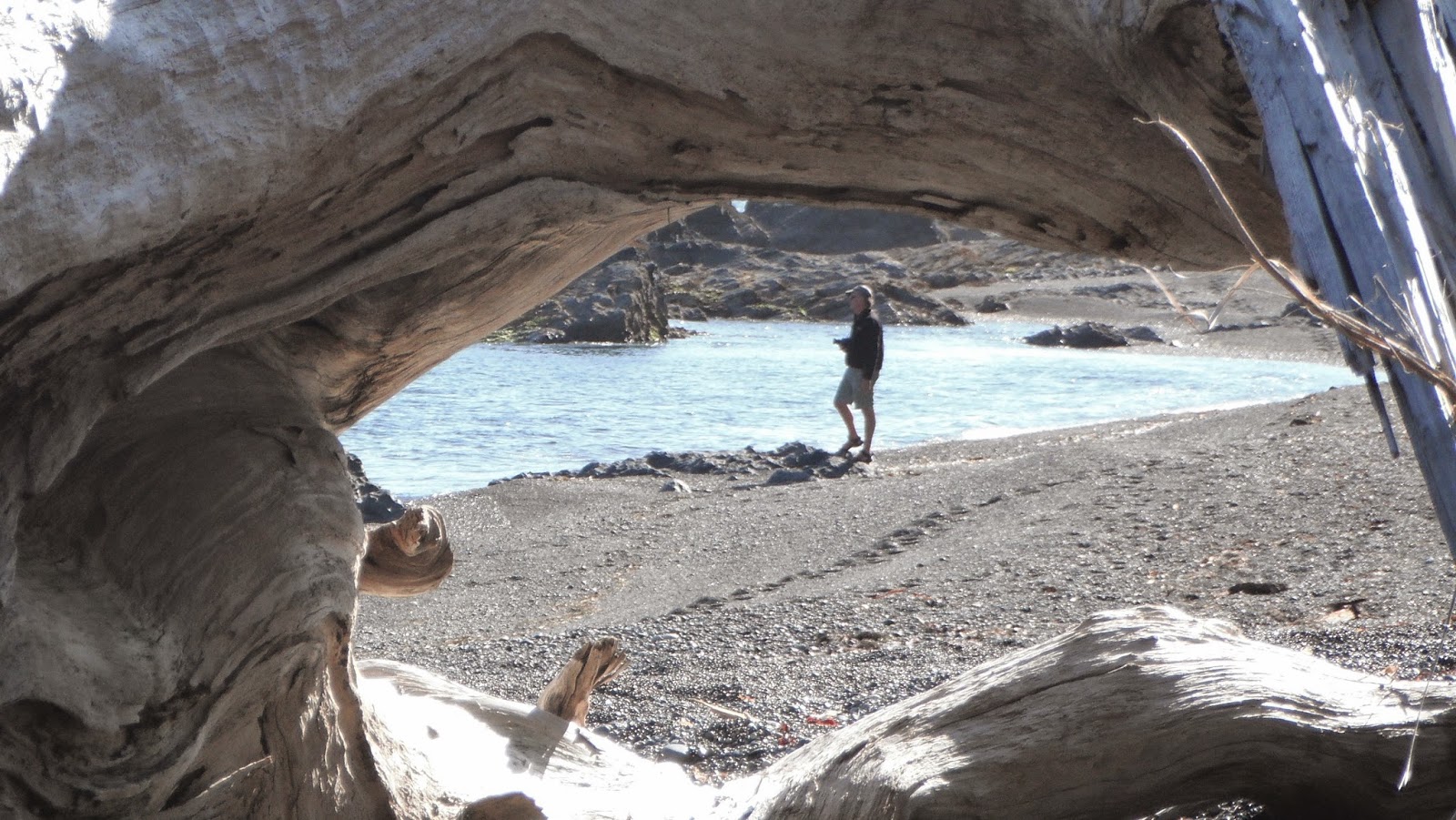 Posted by Kathi Cuffel at 10:05 AM No comments: 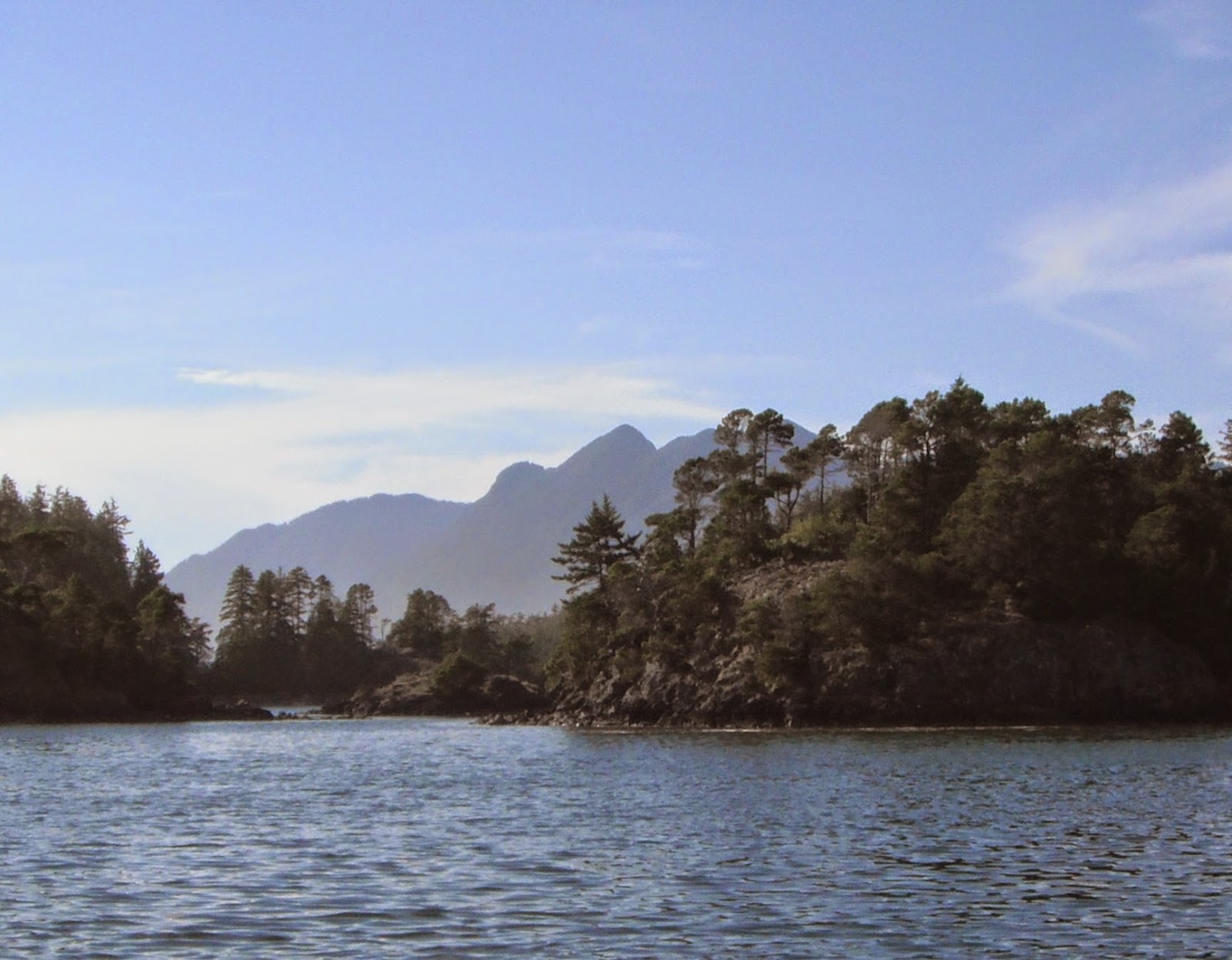 Posted by Kathi Cuffel at 9:37 AM No comments: 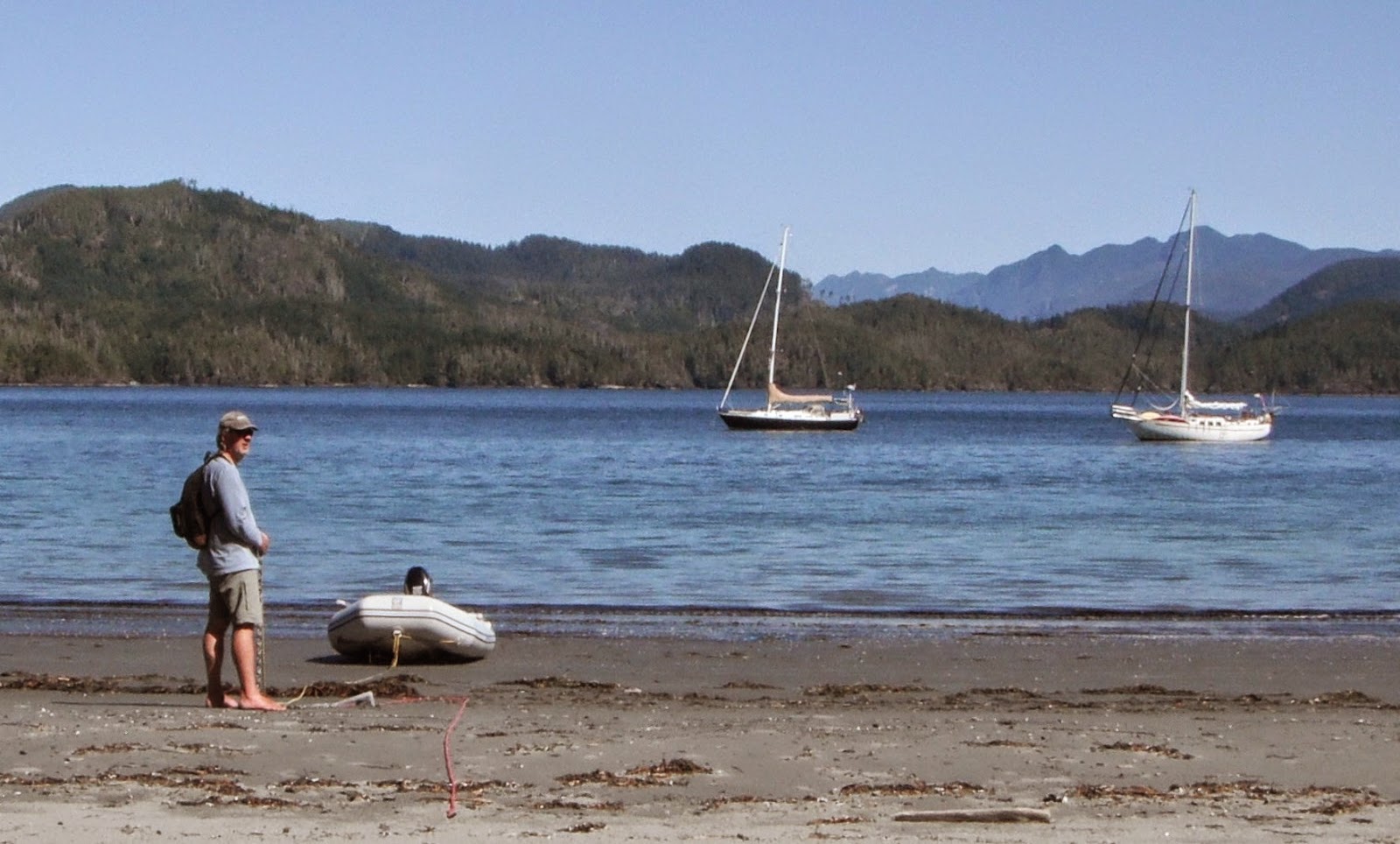 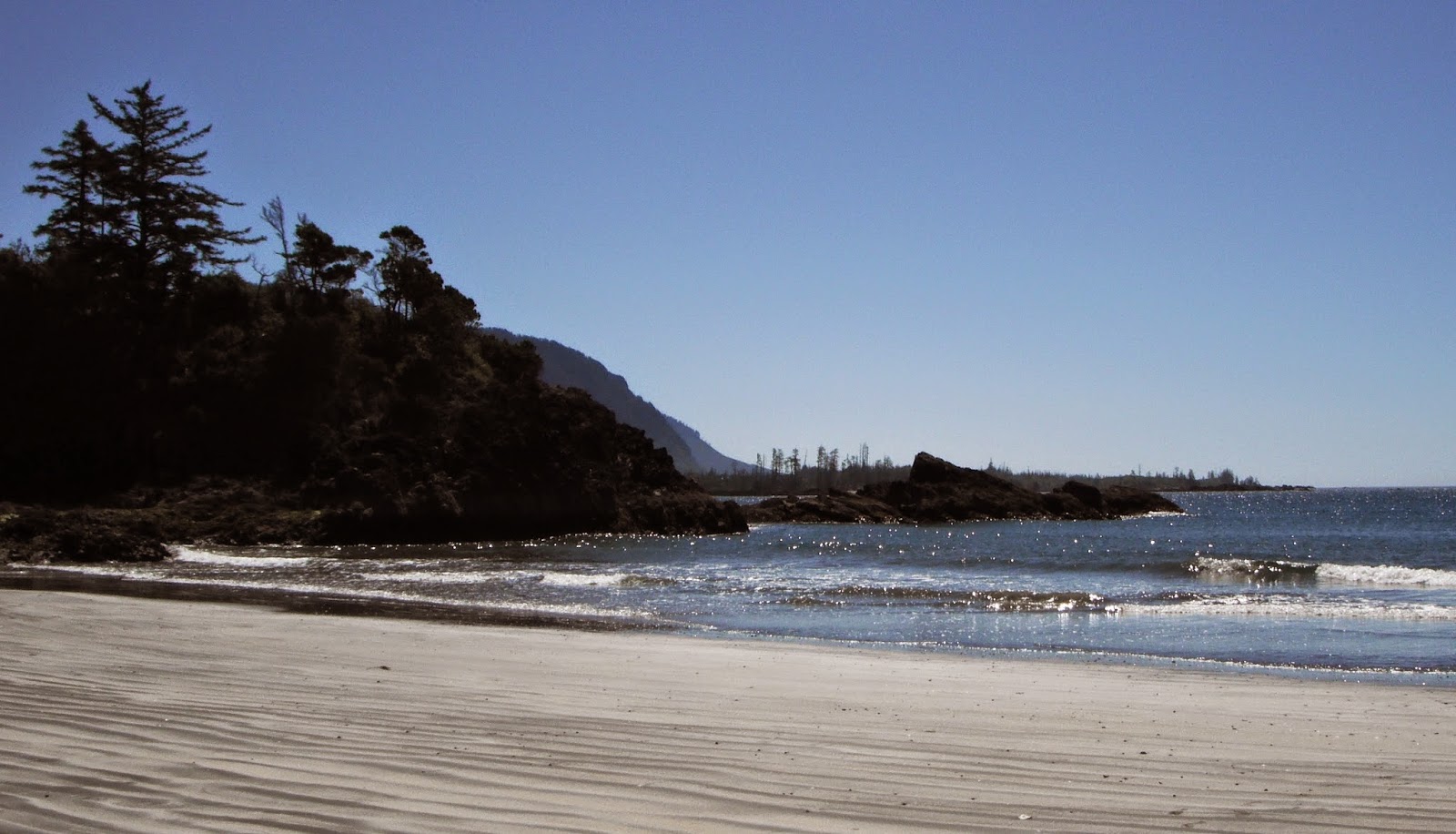 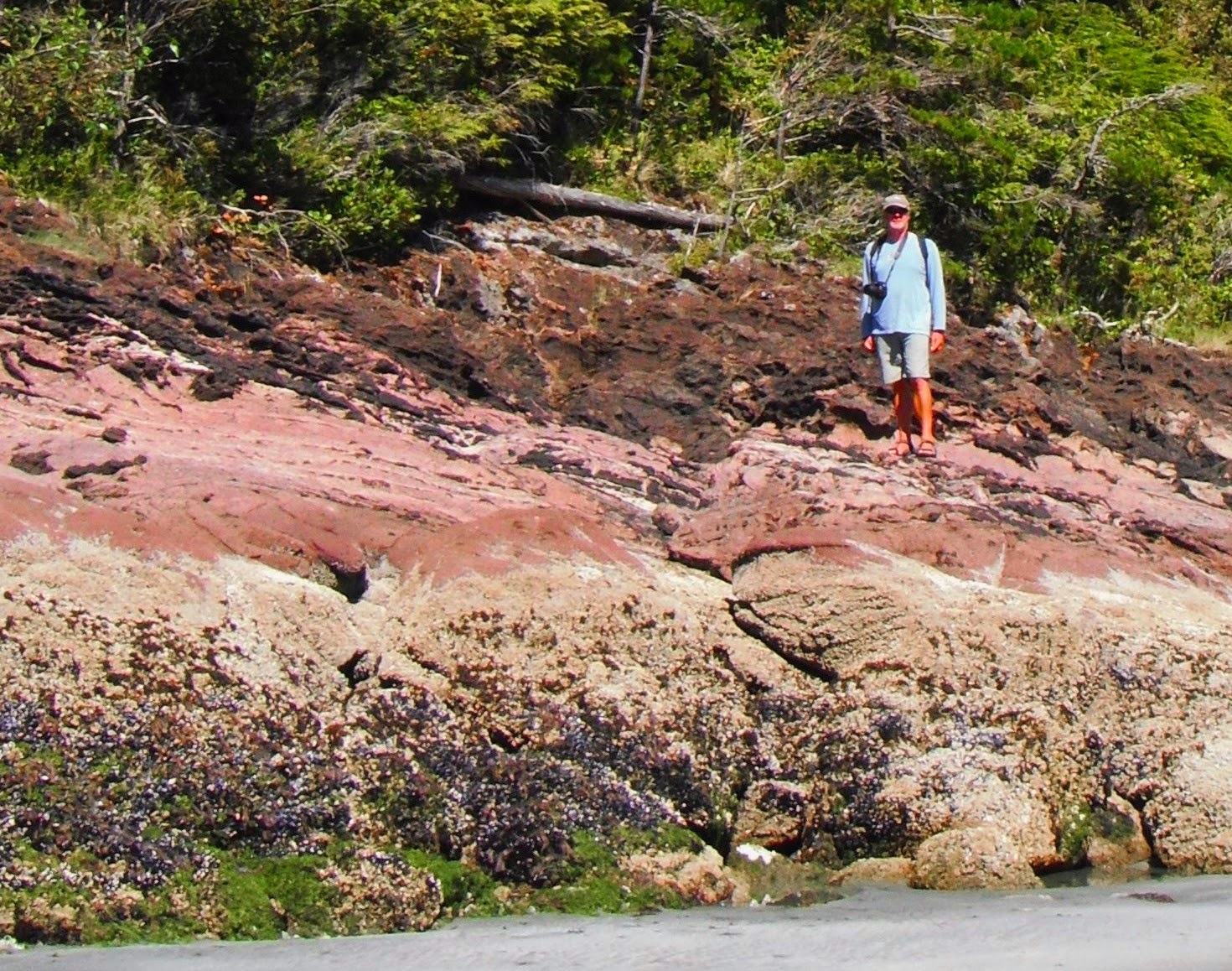 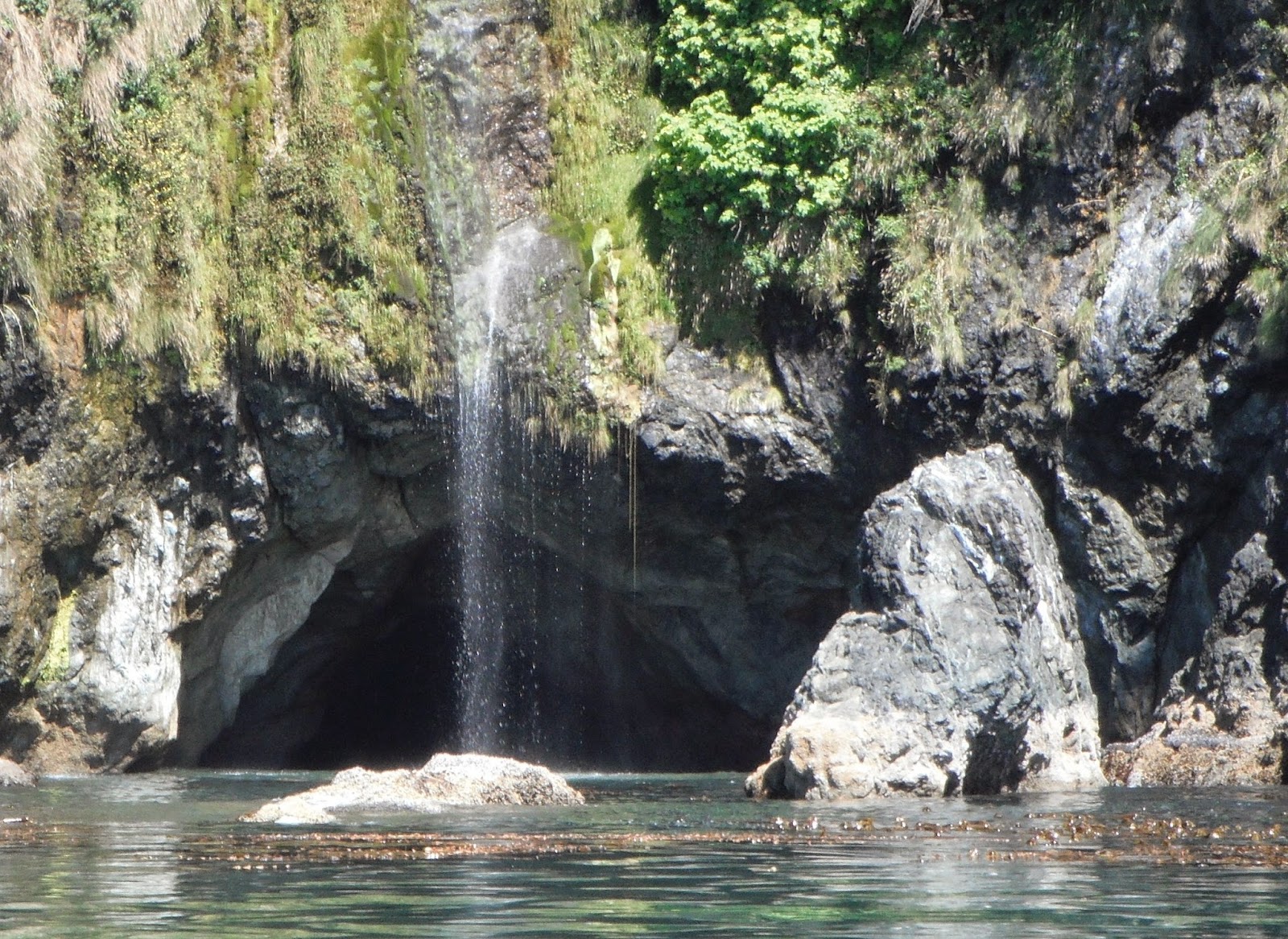 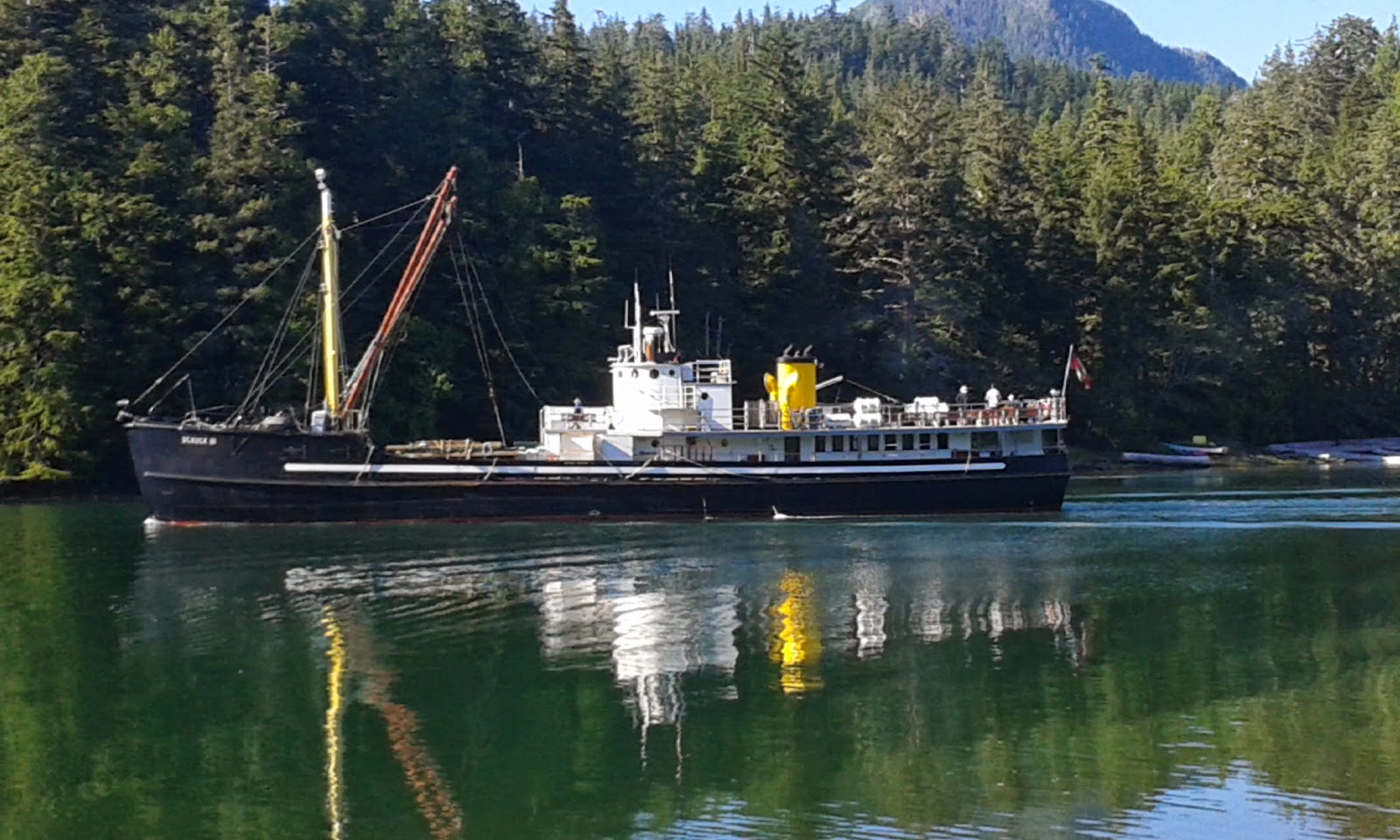 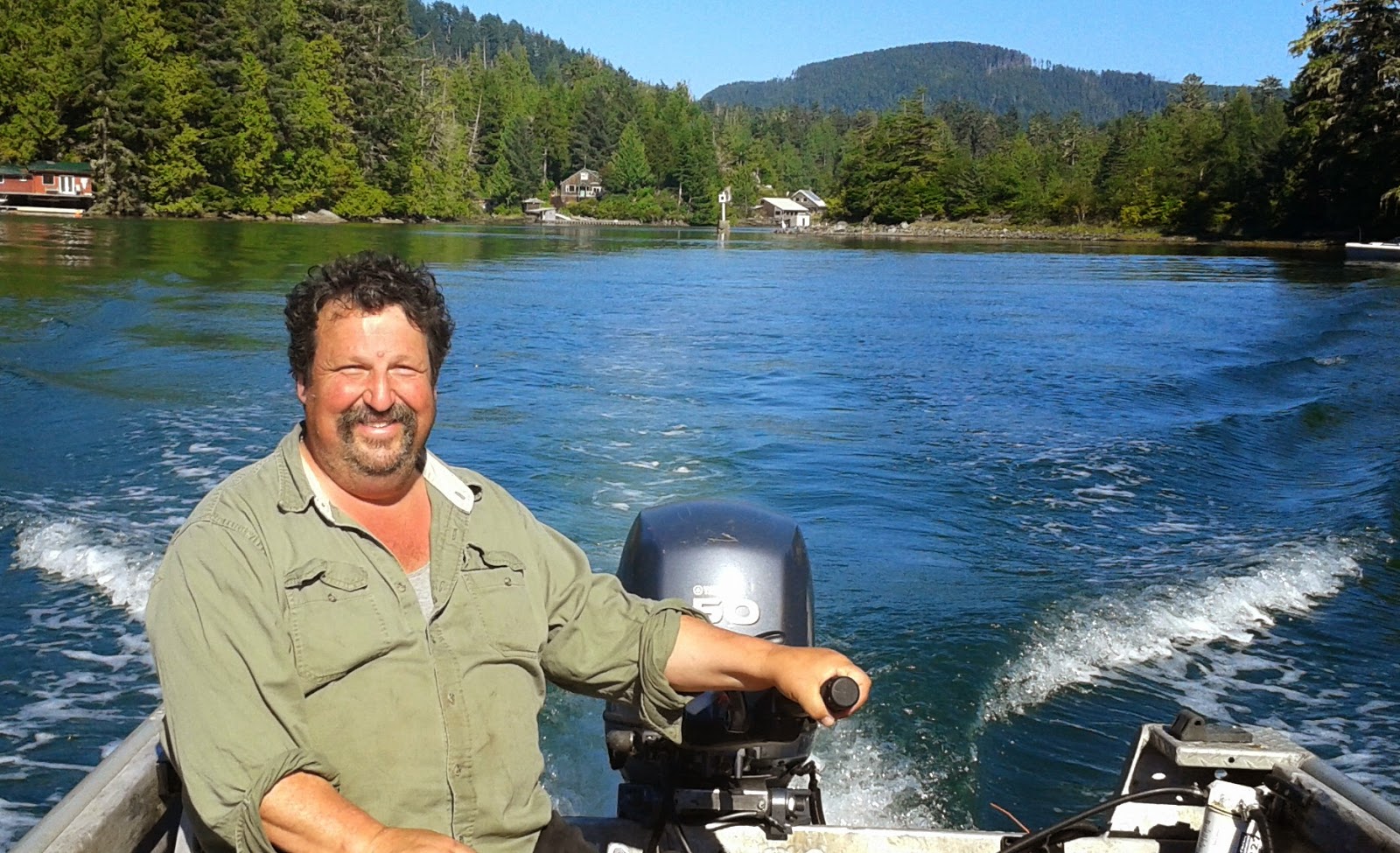 Mon, July 28 Columbia Cove
This was a beautiful anchorage, although too shallow to stay in the main cove.  So we rafted with Anomandra's Blues in the entrance in calm conditions overnight.

Tue, July 29th, Bunsby Islands
We found a beautiful anchorage in Bunsby Islands and stayed two nights.  Unfortunately,since our dinghy outboard was sketchy we only explored our immediate cove by rowing.

However, the first evening just as we sat down for dinner in the cockpit, a bear started turning over rocks in search of his dinner on the beach a few hundred feet from the boat.  So, while our dinner was cooling in the waning daylight, Bill was able to shoot a lot of "film". 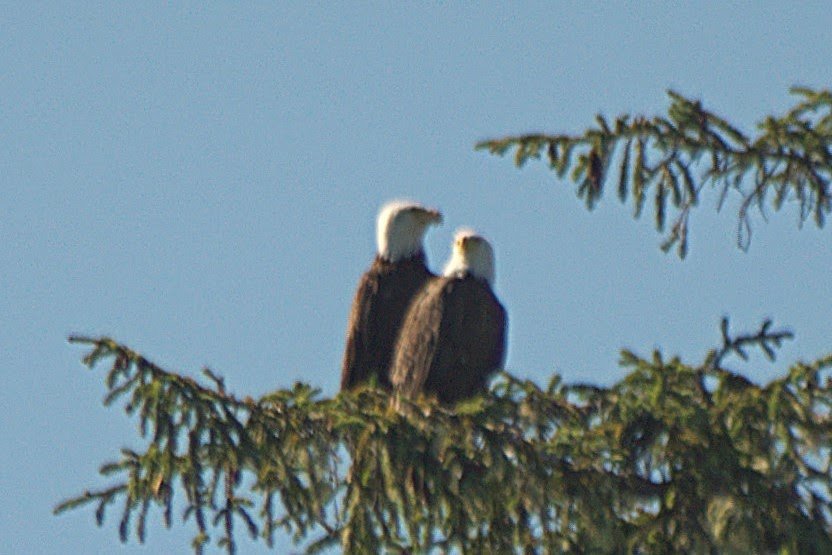 There was also a noisy otter about.  They float on their backs while loudly cracking shells for their meal.

The second day we were joined by our friends John and Diane aboard Anomandra's Blues.  A bear appeared on the opposite side of the cove too.

Friday, July  25th, Port Alice
Instead of Winter Harbour, we motored up to the real town of Port Alice, really Rumble Beach, where there's a great little marina.  The town of Port Alice is a lovely, tidy, peaceful town with a good grocery store and restaurant surrounded by beautiful scenery.  We were able to get showers at a nearby campground, although, the ladies' wasnt' working too well and after I ran out of loonies, I had to call the owner, Ozzy, who rode over in his little cart to resolve the problem.  He was disappointed to see I was already dressed again when he arrived.  He was a kick.

Saturday, July 26th, Julian Cove
The next night we anchored in beautiful Julian Cove and were joined by our new friends John and Diane on the Anomandra.  And wouldn't you know it?  He's a poet.  Really, published and everything.

Monday, July 27th, Winter Harbour (finally)
Sandy, the fuel dock attendant, was fun to talk to.  He was retired from PACCAR and had also traveled to Tasmania, so we had a lot in common. 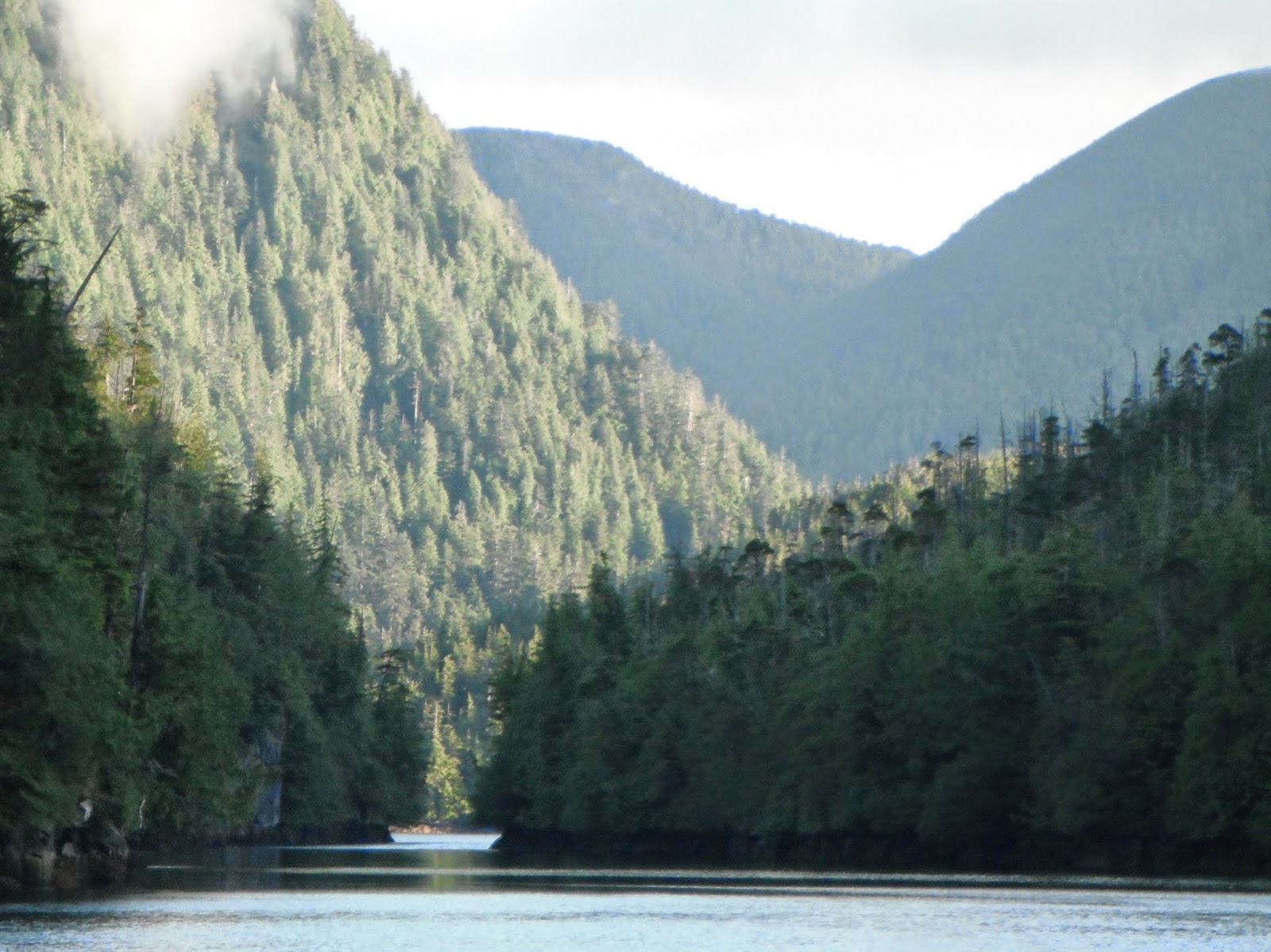 We motored down to beautiful Klaskish Inlet for the night with Daphne Isle.