Passage from the Azores to Falmouth, UK

July 4th - 11th,  ~1200 nmi, straight downwind, 7days, very little motoring.  An amazingly quick trip.
There was lots of food, fuel and water left over.   We actually did some handsteering for something to do.


Since it was downwind in dry, sunny weather, so why not?   Otherwise, it was a normal trip, same watches, same menu, dolphins visited morning and night most days.


Falmouth Harbour and town were a beautiful sight when we arrived.

Karl left us the next day.  It was  a short walk to the nearby train station.  With a change to a Chunnel train in London, he was home in Paris for dinner that night...  Thanks Karl!

Posted by Kathi Cuffel at 9:27 AM No comments:

On June 30th, we left Faial on a pretty day sail past Sao Jorge and Pico islands to Terceira.
The little marina in Praia da Vittoria was less crowded and easier to get around than at Horta where we were the 4th boat rafted off the wall.  It had nice facilities and even bathtubs in the shower rooms!  Terceira is small than Horta, but is more densely populated.  Praia is also a much smaller town. 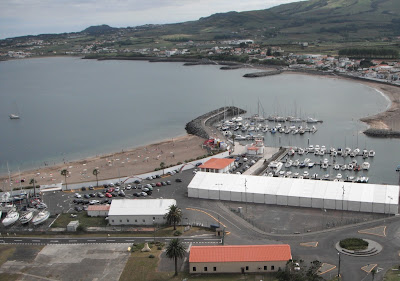 We took a bus ride to a beautiful UNESCO protected town of Anchra do Heroismo  one day.

Karl Schulmeisters had joined us a few days before. 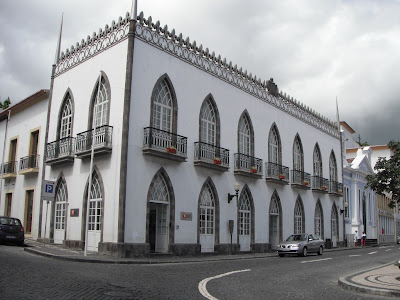 
On July 4th, there was a good weather window to start off for England, so we took off.

Posted by Kathi Cuffel at 2:26 PM No comments:

Faial is larger and more populous than Flores.  And the port and marina at Horta are much larger, it is truly a yachting crossroads of the Atlantic.  There were boats from everywhere, bound for the UK, Europe and the Med.

We had a few days before Karl arrived to clean the boat, make the inevitable repairs, and play tourist. 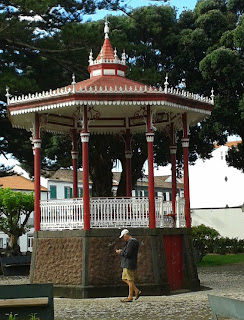 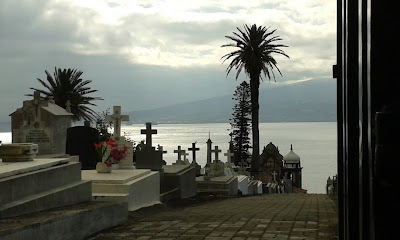 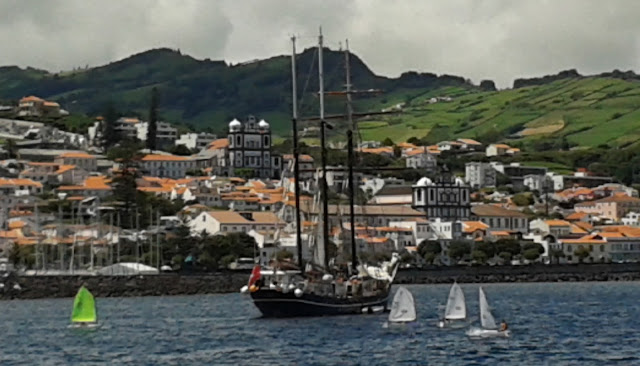 In the mid-1980s there was a major volcanic eruption at one end of the island, so we went to have a look.  It was a moonscape.

On the 28th Karl arrived. A couple days later we set out for Terceira.

Posted by Kathi Cuffel at 2:43 PM No comments: 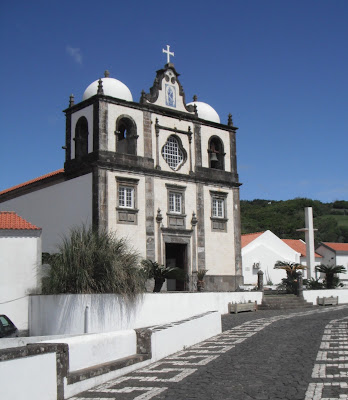 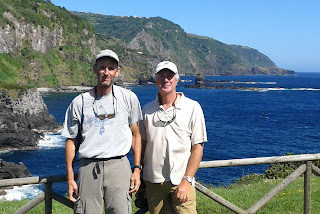 Posted by Kathi Cuffel at 1:54 PM No comments: 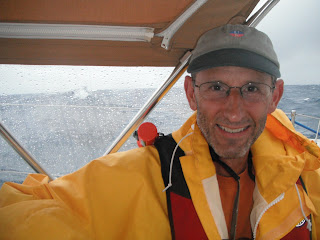 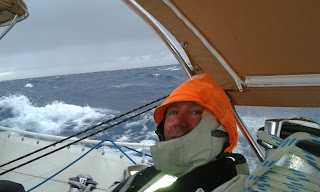 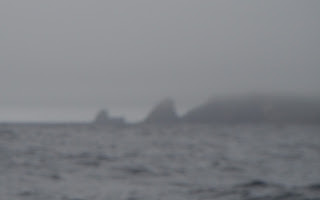 The tiny walled marina was full, so we had to anchor in the small bay outside with several other boats.  That night the wind really piped up and a couple boats had to reset anchors. Several boats left the marina the next morning, so we were able to get inside and tie to a dock for around $20/night.  Ahhhh, peace at last. 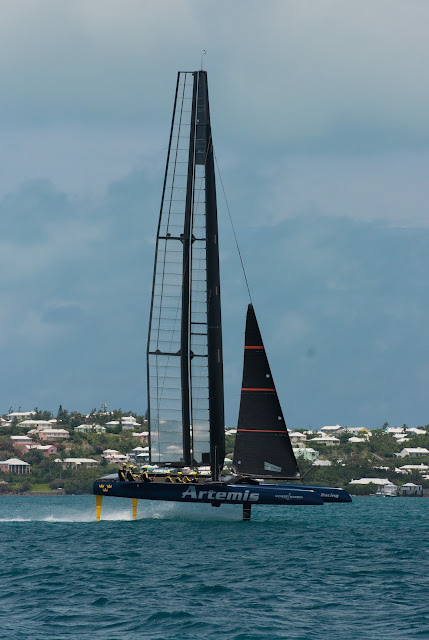 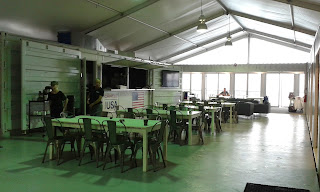 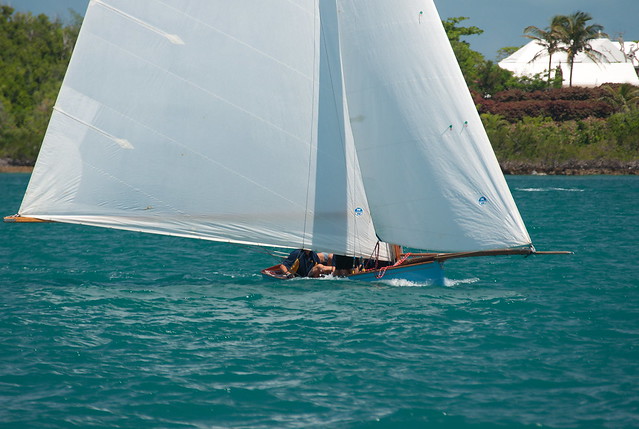 Dates:  May 20,2016 - May 28, 2016  Distance: 970nmi  But we sailed:  1027nmi Doh!
On May 21st, after 6 weeks of hard work preparing the boat in Florida, we exited Port Everglades out into the Gulf Stream.  Alan Johnson from Seattle was on board to help us get the boat to  Bernuda and the Azores.  We were really glad he had the time to come with us.  Fortunately, the passage started out with moderate winds and low seas.  It had been a long time since we'd done an ocean passage, so it was a big adjustment to get our sea legs again.  As usual, Kathi had prepared some hot meals in advance, but the weather was so warm, she didn't want to turn on the stove.  So we ate a lot of salads and sandwiches at first.
To start out, we all used scopolomine for seasickness, but both Bill and Alan continued to struggle with it.  Once Alan added Dramamine to the mix, he could function better.  It's most difficult being down below in the cabin, so he spent all his waking hours out in the cockpit and stood very long watches.  Thanks Alan, it was a great help.
And, we caught a big wahoo, with lots of big white teeth.  Unfortunately, the battery in my camera was dead, so no photos..

This turned out to be the hardest of the 3 passages across the Atlantic.  For a couple days, we sailed upwind (ugh!), somewhat unnecessarily, and seas were rough and confused.

But, eventually it was over.  St George Harbour, Bermuda, was a welcome and peaceful anchorage.  Whew! We were glad to put that all behind us.  And, we were looking forward to a rendezvous with friends.

Posted by Kathi Cuffel at 10:10 AM No comments: