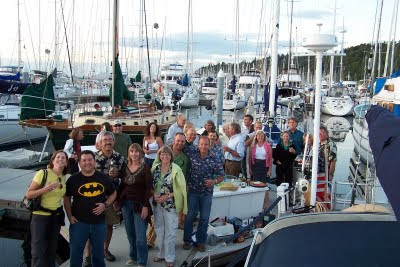 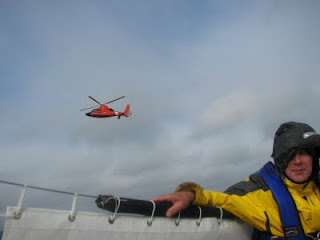 Years ago, I read a book on investing. It was full of useful advise such as "Don't buy 30 year bonds" and "If the investment return seems too good to be true, you'll probably lose all your money". It also offered the following important advice: "Whatever you do, do not buy a boat". Somehow, in the spring of 2008, we found ourselves owning not one, but two boats.

This last winter while tramping around the marinas in Puerto Vallarta, we decided it was time to finally embark on the cruise that we had only been talking about for so long. Since then, we have quit good paying jobs, sold the old boat, moved out of our house onto the new boat, sold or stored a house full of stuff, hired a property manager and rented the house, and worn ourselves out trying to get the boat ready.

We are now just four days from departure with more to do than can possibly be accomplished. Some of it will get done along the way, and some of it may never get done, but we will go.

Our plans are to work our way down the US coast from Seattle to Mexico for the winter. Once in Mexico, we will likely continue out into the Pacific, eventually ending in New Zealand. What happens after that will be decided once we get to New Zealand.

Time for sleep. We have to rearrange to boat (again) tomorrow to get the last batch of stuff and provisions on board, then host our Bon Voyage party.