Hatchet Bay was more secure than we imagined.
Then we moved down Rock Sound. At this point we started getting acquainted with other cruisers going the same way. 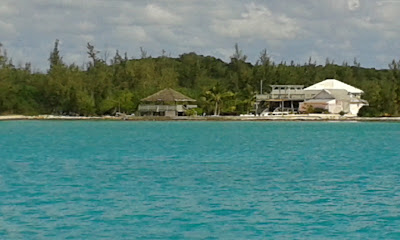 for Little San Salvador where Holland America Lines has a Potemkin Village.  It was rolly, so we tried a side bridle to the anchor chain to set the stern into the waves,  with moderate success.

It was a wild ride over to Cat Island,  finally we were exposed to ocean swells and wind. 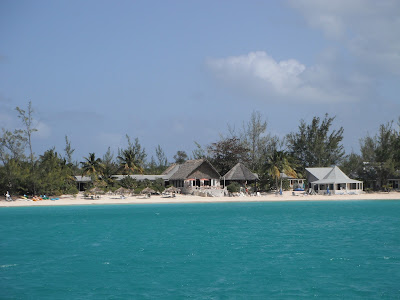 On Valentine's Day,  we tucked in wee Fernandez Bay in front of a small resort. We had a nice but very expensive dinner ashore.  The real fun was meeting the other guests from France and Switzerland.  We had a great time.

Fernandez Bay is open to the south and west,  so coming wind changes pushed us onwards to the Exumas.
Posted by Kathi Cuffel at 11:00 AM