Prince Rupert, BC, Our North Turn Around Point

We spent 3 nights in Prince Rupert.  It's a great town, everybody has been very friendly and super polite.  There are several good, not fancy restaurants and great provisioning.  The laundromat is a long walk, but we needed a lot of walking after being confined to the boat for several days before we arrived.  PR is a fairly small town, but a big port, with lots of big ships calling at a coal terminal, a grain terminal, a container terminal, a cruise ship dock.  There were a couple log ships anchored upstream, but we never saw the log terminal.

The Museum of Northern British Columbia is terrific, with a good history of the First Nations Bands and Clans before the Europeans took over. 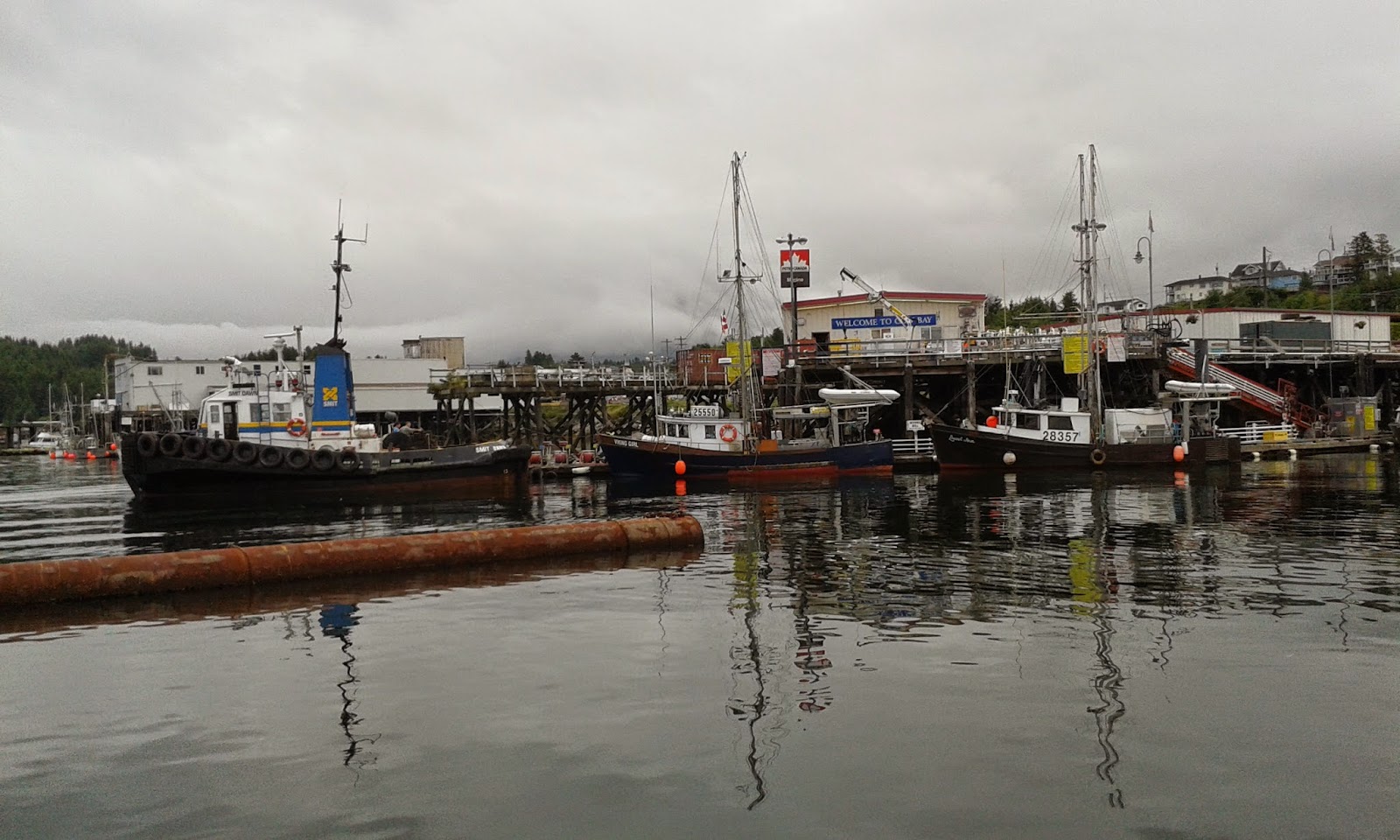 Commercial and sport fishing are big here and we arrived during the coho opener.  From our berth at PRRYC we had a view of the constant activity at the fuel dock.  There were fishing boats, yachts, pilot boat, big excursion schooner Maple Leaf, tugs, and other work boats.

The days are long, sunrise is early and sunset is after 10pm.  The weather is mostly overcast, but much warmer than out in the islands. 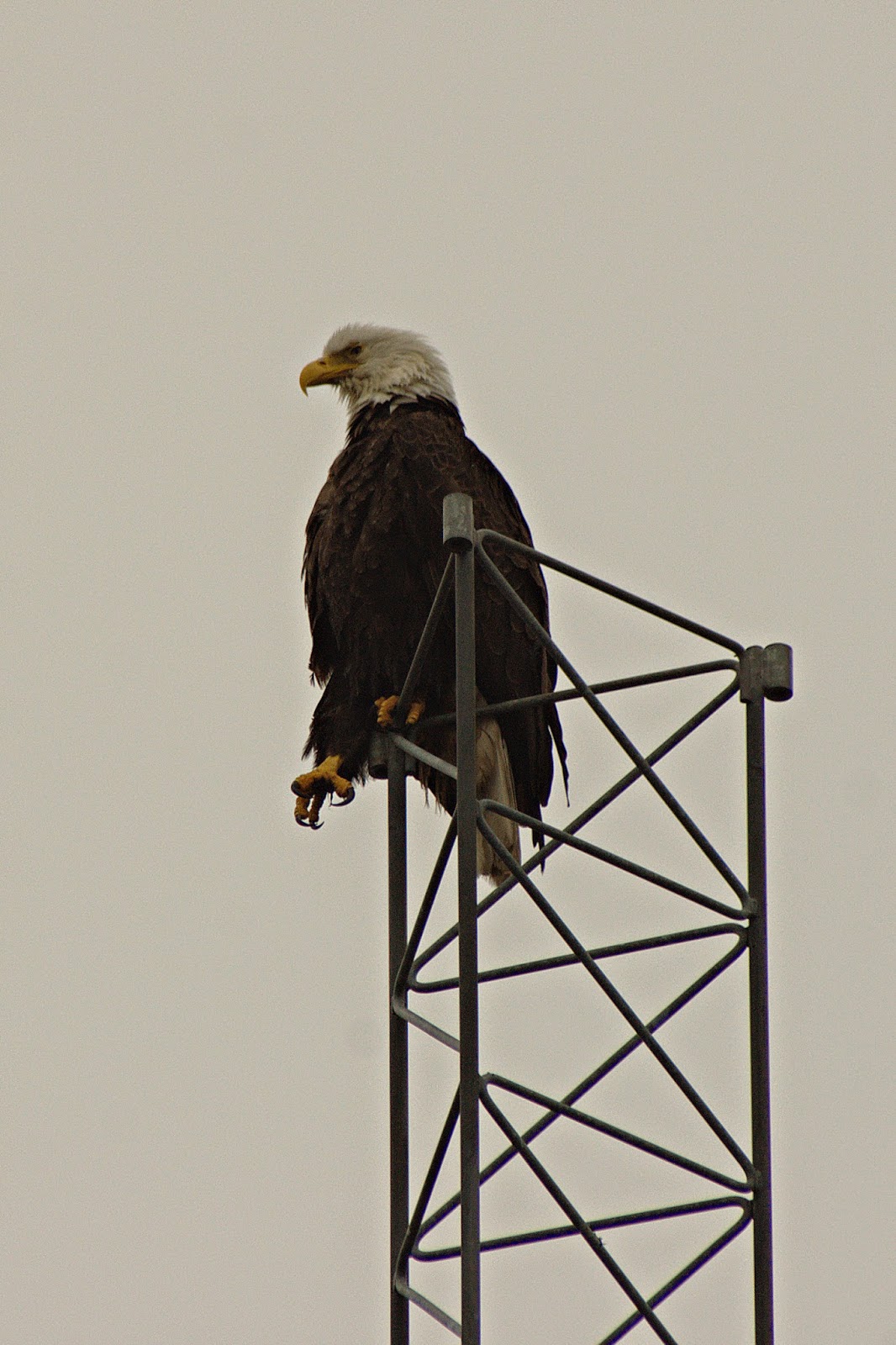 And the eagles are everywhere around the town.  Strangely, we see very few sea gulls around the fishing boats.
Posted by Kathi Cuffel at 7:57 AM