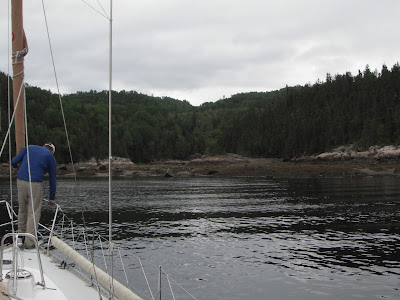 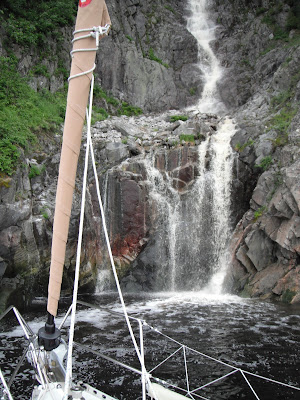 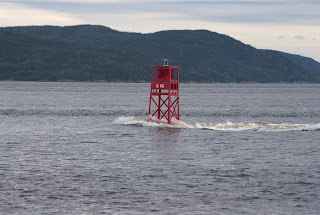 Our timing for the tide was perfect and we briefly  saw 7 kts of current on top of our 7 kt boat speed as we passed this buoy at the mouth of the Saguenay river.  (Bill's Sigma telephone lens died a painful death right after this shot was taken).  Eventually, we were barreling along at 8-10kts over the bottom with a reefed main and small jib.  As we approached our destination, turning behind a high point Anse a' L'Orignal at the Parc du Bic, the wind accelerated to 32kts!  Dang!  We dropped the main and returned to the river, winds went back to the 20s and we motored to the marina at Rimouski.... again.
58 miles covered from Tadoussac to Rimouski.
Posted by Kathi Cuffel at 7:54 AM