Down RIver to Vieux Quebec

Friday:  Getting a strong push from the current, we can cover a lot of miles.  However, it's difficult to find an anchorage or marina for our 6.5ft draft on much of the river.  We ended up at a sweet little marina in Portnuef at a bend in the river, run by a charming young woman.   62 miles, total 403 miles so far

Saturday:  the big push to Quebec

We're now at a point in the river where the tides are starting to influence the current, so we started early in the morning for the easy 30 mile run into Quebec City.  We arrived at le Yacht Club de Quebec about midday. 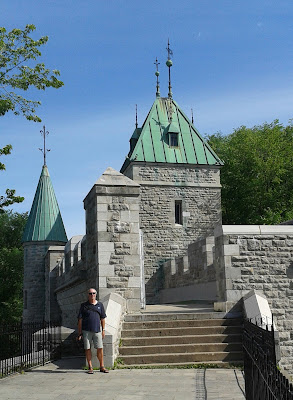 We had time to bike into Vielle Ville (old town)  to see the sights the same afternoon .

The bike trails was thick with cyclists on this sunny, warm summer Saturday.  It was a bit of a workout.  We parked the bike on the flats and clambered up the steep hill on foot. 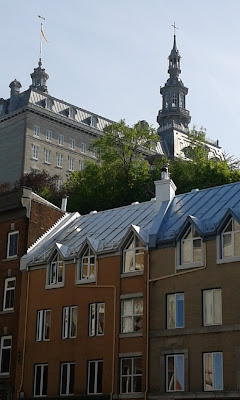 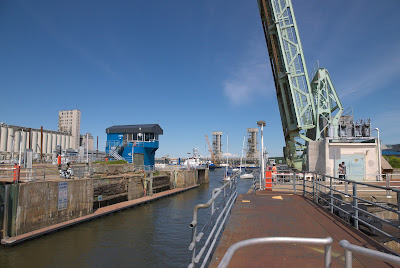 The marina downtown is inside a set of locks with a drawbridge right across the middle of the locks.  They leave the locks open during the high part of the tide when this was taken, but boats must lock through at low tide. 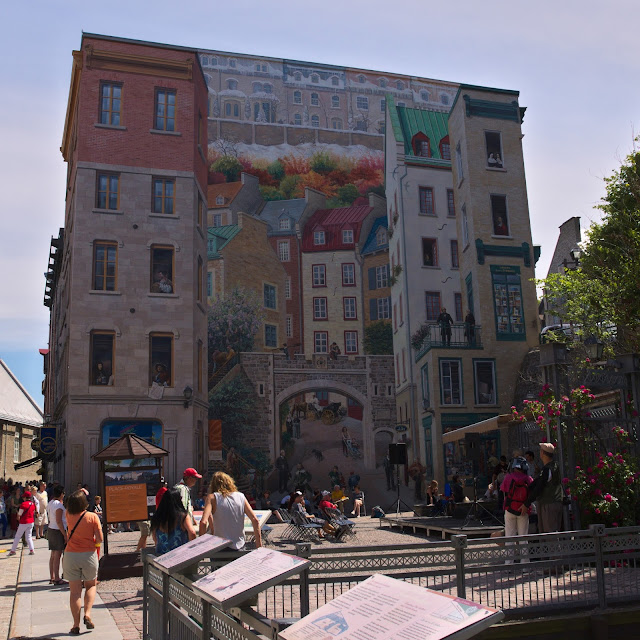 The end of this building is a giant painting.  If you look at this full size, you can see snow on the roof of the apartments at the top and people in summer clothes at the bottom. 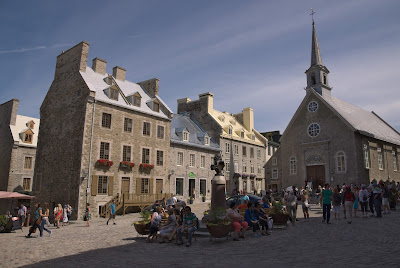 It was a nice Sunday and there were crowds everywhere but they were manageable.  I hate to think what it would be like when they have three cruise ships in town. 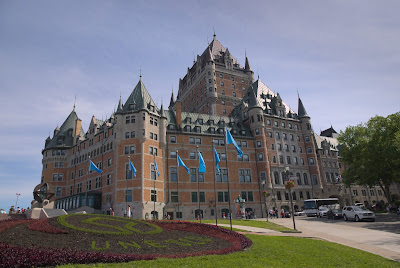 This early 20th century hotel (Chateau Frontenac) at the top of the bluff completely dominates the skyline of the old city.

It's 72 miles to the next marina down the river, with only one fair weather anchorage along the way.  To catch the tide, it will mean a 5am start. The coffee is ready to go in the morning and it's time to get some sleep.