On our route south, in mid-September, we stopped at several charming small towns.  Some were up big river estuaries, others were just perched on the coast with breakwaters and jetties and tiny marinas.  We had mainly sunny weather with light winds.   Our stops were Aveiro, Figueira da Foz, and Peniche.  We cut a wide arc around Nazaire.  There's a deep underwater canyon that causes ginormous waves famous among surfers.

Aveiro is set in a large estuary and has canals snaking through the old town.  We arrived at the harbor entrance just as a big fishing boat festival parade was barrelling down on us, loaded with merrymakers, flags flying, horns honking.  A marine policeman on a jet ski helped us through.  Then we motored through a sailboat race.  There was lots of current, so tying up our 42ft boat in a 44ft spot on a long dock was a challenge.  But we made it with help from the friendly folks already there.
All over Portugal, many of the old towns have elegant buildings clad in colorful tile.
... 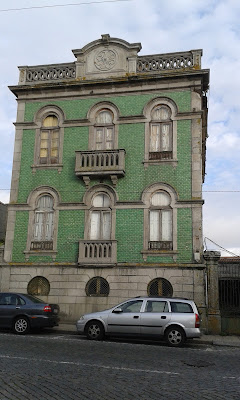 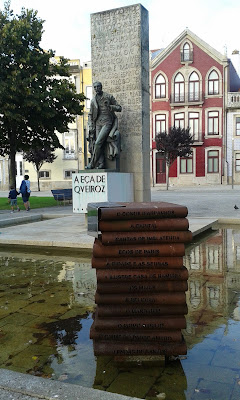